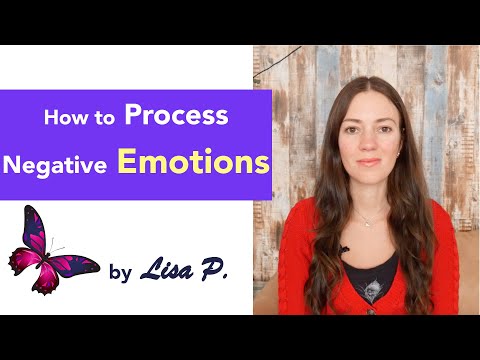 You should remember that there’s a difference between negative emotions and negative thoughts, even if they are closely connected. Just because you feel hurt or in pain sometimes doesn’t mean that you have a negative way of thinking. Nobody, no matter how optimistic, happy or forward thinking, can expect to feel great 100% of the time, and negative emotions shouldn’t be seen as terrible things that have to be ignored or stopped. Being optimistic or pessimistic is not about your emotions, but the way that you think about your emotions and the situations you find yourself in.

It’s important to try and disconnect your thinking from your negative emotions when you need to. When something bad has happened to us, such as somebody making us upset, it becomes more difficult to control our thoughts and actions. We might feel the urge to lash out or say something we regret, or become lost in negative thoughts about the situation and who we think is responsible for it. When emotions are running high like this it’s important to take a step back from these thoughts and focus on the emotions themselves, because dwelling on the negative thoughts will only serve to feed the painful emotions that we’re feeling, stopping us from processing them and moving on.

Where is your focus?

Another big problem is trying to repress the negative emotions, by pretending that they don’t matter, that you have no good reason to be feeling bad, and ignoring what caused you to feel bad. If you’re feeling bad, there must be some reason for it, even if it seems small, unimportant or not worth dealing with. You should try and address the problem in some way so that you can move on. Whether or not you can do anything about the problem, you need to let yourself feel the emotions in order to be able to process them properly.

But what else can we focus on, besides our thoughts?

To start with, when you’re feeling bad, try to focus on how your body feels. The mind and body are so closely connected, that when you feel negative emotions, it makes you feel different physically as well. You may feel your heart rate and breathing speed up, for example, or get butterflies in your stomach. It may be good to try and focus on these physical feelings, without wanting them to go away, but just accepting them and how they feel. Can you feel your emotions in different parts of your body? Negative emotions are very often felt as tension, so take notice of where you feel tense and try to relax those parts of your body. Hopefully that will help you to feel more calm and relaxed. Keeping your attention on your breathing is also a great way to stay focused on the present moment with your emotions.

When you accept that you need to process your emotions and give yourself time to do so, you’ll soon be able to see the situation more clearly, without negative thoughts getting in the way and worsening your negative emotions further.

Another source of negative emotions in your life could be a long-term problem rather than something bad that happened recently. This could be a fear that you have, a certain pattern you keep finding yourself in, or something else that you want to change in your life. These things make you feel a lot of negative emotions whenever you think of it or come into contact with it.

How to Process Negative Emotions in a Healthy Way

So, what do we need to do to process our negative emotions in a healthy way?

Firstly, as mentioned before, you need to remember that the emotions you’re feeling are natural and normal, and there’s nothing wrong with them. Everybody has them, and having these emotions doesn’t mean that you’re negative, pessimistic or easily upset. You shouldn’t think that your negative emotions are things that you need to get rid of or prevent, and they’ll be easier to deal with if you accept them and allow yourself time to work through them.

When you’re dealing with a problem in your life, it’s understandable to feel overwhelmed by the negative emotions you’re feeling because of it. However, not allowing yourself time and space to process your emotions can cause even more problems for you, and get in the way of solving the issue that’s troubling you.

So, it’s very important to let yourself feel the emotions even when things are difficult. Trying to suppress your negative emotions will not make them go away, it will only make you more tense, anxious and lead to unhealthy ways of expressing your feelings. You may end up making rash decisions which you’ll later regret, and hurt your relationships with people around you.

But if you take the other path of learning to accept your emotions, allowing yourself to process them without either ignoring them or getting carried away in worrying about them, you’ll feel much better even if you’re still working on the problem in your life that’s causing you to feel down. You’ll also have a calmer and more peaceful mind, feel less frustrated and see the situation in a clearer way, which is a much better state of mind with which to deal with the problems at hand.

However, nobody can be perfect at dealing with their emotions. Sometimes you might notice that you’ve let your negative emotions get the better of you, causing you to do something or react in a way that you later regretted. This doesn’t say anything bad about you, or that you’re just bad at dealing with negative emotions, because everybody makes the same mistake sometimes. Learning to process your emotions in a healthier way takes practice, and it’s okay not to be so good at it straight away. You should try and view such incidents as lessons to learn from rather than as failures. Another good thing to do would be to begin journaling, because it raises your awareness about your own emotions, allows you to make sense of them, and helps you to discover how you could be dealing with them in a better way.

After reading this, hopefully you now have a good idea of how to begin processing your emotions in healthier ways. Your negative emotions don’t have to be terrifying, build up inside you, or make you do things you’ll regret. If you remind yourself often how much you want to deal with your emotions better, and put in enough effort to change that, you’re certain to see improvement, and you’ll feel so much better.

Here you can read about What is Transformational Coaching.

If you’re reading this, you’re probably no stranger to overthinking. Whether they are about something you did, the past, your future or otherwise, the same thoughts and worries play on repeat in your mind, making you more and more anxious but never giving you any answers to your problems. But if you want to break…

The Murray Method book by Marilyn Murray describes the unique method that can help people become free from their old traumatic experiences. Most of which usually comes from childhood. Things like traumas, abuse, neglect, and deprivation. The book can be used for different levels of intensity of these traumatic experiences from minor situations that still… 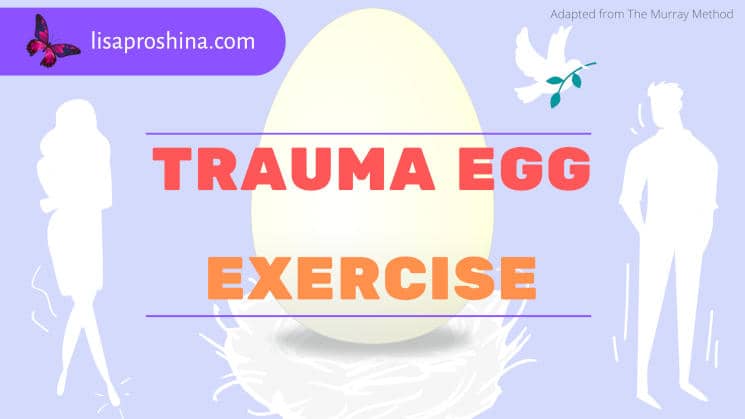